Happy Seat allows workers on Ford's production lines to install components
without unnecessary bending and kneeling, reducing the risk of injury and absenteeism
COLOGNE, Germany, April 26, 2011 – When Henry Ford pioneered the moving assembly line, he could not have imagined that more than 100 years later, Ford Motor Company would still be refining and improving this seminal innovation.

Seeking to address issues such as an ageing workforce and the physical tolls of working for many years on the assembly line, Ford convened a team of occupational physicians, production specialists, labour groups and representatives for disabled employees to improve the ergonomics, safety and productivity on the assembly line.

This led to the creation of the Happy Seat – an ingenious swivel chair attached to a rod-shaped suspension. It allows workers to sit in comfort on the production line while assembling cars. The seat allows workers to sit and glide into the car while fitting pedal boxes, for example, instead of bending over. The first Happy Seat was installed at the workstation to install wiring roof antennae at Genk, Belgium, in 1998 with Cologne’s Happy Seat following in 2002. Today, Happy Seats are also in use at Valencia, Spain, and Saarlouis, Germany.

“It’s called the Happy Seat for a good reason – it makes a tough job easier for workers in our plants,” says Eilis Carey, a senior ergonomist for Ford of Europe. “Operations which previously required awkward postures to be maintained for prolonged periods can now be performed in a seated position with adequate lumbar support.”

The Happy Seat allows employees with more experience to stay integrated in existing work groups while health and productivity levels are retained. “The ergonomics of the workstation are improved and operators’ discomfort and fatigue are reduced, leading to reduced injuries and illnesses, less absenteeism, and improved quality of the operations,” Carey said.

José Lorenzo, a C-MAX production line worker at Ford’s Valencia plant, says the Happy Seat has been a big help: “Now, we access the C-MAX’s engine compartment from below and through the chassis. With the previous Focus model, we worked from ​​above and had less space, which restricted our movements and increased the risk of injuries when working inside the engine compartment.

“The new Happy Seat has been designed to be deployed on the C-MAX. It has improved ergonomics, so that our job is now safer and more comfortable. Despite the small space, you can adopt a healthier and, above all, safer posture.

“In my opinion, Happy Seat has definitely improved safety and ergonomics. Now, it is much easier to access the engine compartment and to leave it after finishing your job. Our job demands less physical effort and entails fewer risks. As a result, operators work more effectively and the operation itself has become more efficient.”

Martin Chapman, operations plant manager in Cologne factory, where Ford produces the Fiesta, adds: “Employees’ work at the assembly plant has become considerably easier and less physically demanding at this part of production line. Before the Happy Seat, employees had to bend over to install the pedal box inside the car. It literally was a pain in the back.

“Employees just push themselves back and forth and the chair swings in and out of the cabin – very simply and not requiring much physical effort. And the back feels fine, allowing employees to remain in employment longer to the benefit of Ford – ideally until they reach the age of retirement, the age of which many European governments have raised only recently.”

# # #
Ford of Europe is responsible for producing, selling and servicing Ford brand vehicles in 51 individual markets and employs approximately 66,000 employees. In addition to Ford Motor Credit Company, Ford of Europe operations include Ford Customer Service Division and 22 manufacturing facilities, including joint ventures. The first Ford cars were shipped to Europe in 1903 – the same year Ford Motor Company was founded. European production started in 1911.
Posted by Terry Minion at 4:38 AM No comments:

Over the last few years at X Games, two things have been a constant at the top of the podium -- Ford Fiesta and Tanner Foust. And neither plans on that changing anytime soon.
The winningest rally driver in X Games history has chosen to ensure he'll be in a Ford for many years to come. Tanner Foust announced a multi-year partnership with Ford Racing today to represent the 'Blue Oval' in the Global RallyCross Championship (GRC), European RallyCross Championship (ERC) and at X Games 17 in Los Angeles.
Posted by Terry Minion at 12:31 PM No comments:

Before final sign-off on the 2012 Cobra Jet program, the engineers at Ford Racing conducted chassis dynamometer tests on the base Cobra Jet and Super Cobra Jet cars. The dyno tests were conducted on Ford Racing's own chassis dyno located in Dearborn, Michigan. This dyno is used to develop Ford Racing's Mustang performance packs, performance calibrations and race car calibrations. Mustang enthusiasts worldwide will enjoy the sights and sounds of the supercharged 5.4L Cobra Jet engine at full song
Posted by Terry Minion at 7:23 AM No comments:

Ford Motor Company's Mike Tinskey talks about what makes cities in the US electric vehicle ready.
Posted by Terry Minion at 3:21 PM No comments:

Ford identified 32 consumers of competitive make vehicles and swapped out their current vehicle to drive a Ford for a week. The experience was so positive they couldn't stop talking about it.
Posted by Terry Minion at 3:20 PM No comments:

This was easily the best event yet for the Nor Cal Ford Truck Club. It was the first of what is likely to be many more customer appreciation events where dealers bring customers for a fun day on the course with a gourmet meal and guest speaker in the evening. What a great time. Enjoy the photos!
Posted by Terry Minion at 6:49 PM No comments: 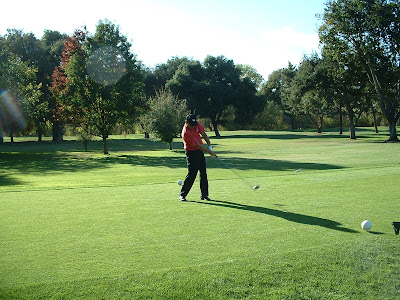 The Nor Cal Ford Truck Club is coordinating this event as a venue for Ford Dealers and Vendors to say thank you to their customers. Invite your customers out for a day of fabulous food, great golf and socializing with other dealers and vendors.

With all of this packed in one day, it promises to be an event not to be missed by your or your customers.

We expect a full field for golf, so it will be first come, first reserved (144+)

Cost for BBQ Lunch, Golf and Dinner, $125 per person and this also includes a Nor Cal Ford Truck Club supplied golf shirt for each customer, Cost for dinner only for non-golfers, $60

Send an email to pbrown@geweke.com with dealer name, number of golfers and names, 2some and 4somes. The club will provide a nice golf shirt to each dealer customer. Please provide shirt sizes and whether male of female.

Make checks payable to: Nor Cal Ford Truck Club, 10075 Ranch Rd, Rough and Ready, CA 95975, or use PayPal links at http://www.norcalfordtruckclub.com/ event page to pay for the event.
Posted by Terry Minion at 1:56 PM No comments:

We're Proud To Be Associated With The National Ford Truck Club

Our purpose is fulfilled by providing an opportunity and atmosphere for Northern California Ford Dealers to network with like-minded dealers, grow new or expand old friendships, have some good old fashioned fun together, learn a few things that help us in our business, and create partnerships for greater success.