Rally Argentina is one of the roughest, toughest events on the WRC calendar - a real epic. Mikko Hirvonen and Jari-Matti Latvala were among the favourites when the rally began - Becs Williams reports on how they got on....
Posted by Nor Cal Ford Truck Club at 9:19 AM No comments:


DEARBORN, Mich., May 26, 2011 – The Ford Motor Company Fund is donating another $50,000 to assist with hunger relief efforts in communities hit by tornadoes, bringing the total donations to Feeding America this month to $100,000.

Additionally, employees at the Ford Kansas City Assembly Plant, including employees with UAW Local 249, and local Ford offices are assisting with relief efforts in Joplin, Mo. An employee gate collection is expected to raise several thousand dollars in further contributions.

“Our hearts go out to our neighbors without shelter and food in the wake of these devastating storms," said Jim Vella, president, Ford Motor Company Fund. “Our partnership with Feeding America allows us to provide help where it is needed most.”

Feeding America aids disaster relief and recovery by distributing food and grocery products through a network of more than 200 food banks that serve 61,000 local charitable agencies.

”The donations from Ford this season will greatly benefit those working to rebuild communities affected by the damaging storms,” said Vicki Escarra, chief executive officer of Feeding America. “For years, our partnership with Ford has helped to better communities across the nation.”

Ford Motor Company has a decade-long partnership with Feeding America and Newman’s Own®, Inc. to provide Ford refrigerated trucks loaded with Newman's Own food products to communities in need. The fleet of 98 refrigerated Ford trucks and vans has travelled 5.7 million miles delivering 130 million meals.

About Ford Motor Company Fund and Community Services
Ford Motor Company Fund and Community Services works with community partners to advance driving safety, education and American heritage and community life. The Ford Motor Company Fund has operated for more than 60 years with ongoing funding from Ford Motor Company. The award-winning Ford Driving Skills for Life program teaches new drivers through a variety of hands-on and interactive methods. Innovation in education is encouraged through national programs that enhance high school learning and provide college scholarships and university grants. Through the Ford Volunteer Corps, more than 27,000 Ford employees and retirees work on projects each year that better their communities in dozens of countries. For more information, visit www.community.ford.com
Posted by Nor Cal Ford Truck Club at 9:00 AM No comments: 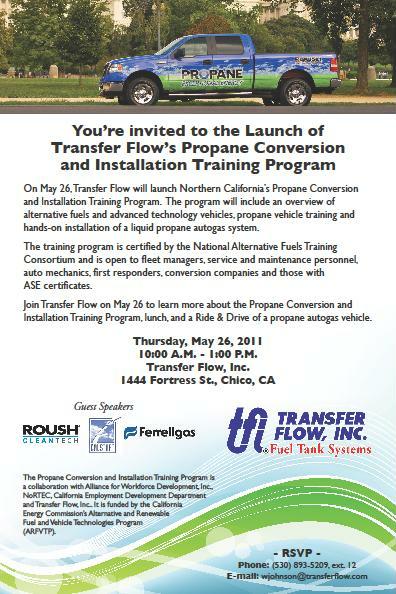 Posted by Terry Minion at 1:44 PM No comments:

What's the difference between a BEV and a PHEV? Or why is an HEV considered an electrified vehicle? As electrification options are increasing for consumers, many are looking for information to understand how the new technologies work and if it's right for them. Ford offers some easy to understand explanations about electric vehicle technology with this new online
Posted by Terry Minion at 11:55 PM No comments:

The 2011 F-150 is coming with your choice of four new engines. And everyone is a leader. For the best in horsepower and torque, there's the new 6.2L V8. Want the biggest and the baddest? Here's your ultimate F-150 engine, with best-in-class power.
Posted by Nor Cal Ford Truck Club at 9:00 AM No comments:

Posted by Nor Cal Ford Truck Club at 6:49 AM No comments:

Some Big Boy Toys Going On Here. . .
Posted by Nor Cal Ford Truck Club at 8:32 PM No comments:

DEARBORN, Mich., April 28, 2011 – The EcoBoost™ engine family isn’t just giving some Ford vehicles a bump in fuel economy. The engines also are giving Ford sales a boost by attracting customers who had not previously considered a Ford brand product.

“EcoBoost is like having your cake and eating it, too,” said Derrick Kuzak, Ford group vice president for Global Product Development. “The unmatched combination of responsive power with responsible fuel efficiency is attracting new customers to Ford showrooms.”

EcoBoost pickup sales
Demand for the EcoBoost engine in the F-150 has increased each month since launch. One in every four Ford F-150 pickups sold during March was powered by a 3.5-liter EcoBoost V6. In April, EcoBoost F-150 sales are running at about 35 percent. In the F-150, the EcoBoost engine with its 365 horsepower and 420 lb-ft of torque provides best-in-class towing capability of 11,300 lbs combined with up to 20 percent fuel economy savings. The 2011 F-150 EcoBoost carries an EPA rating of 16 mpg in the city and 22 mpg on the highway, making it the best combination of capability and efficiency among light duty full-sized pickups.

Later this year, the first North American four-cylinder EcoBoost engine, a 237-horsepower 2.0-liter, will make its debut in the Explorer SUV and Edge CUV. Next year, the 2.0-liter EcoBoost engine will be available in the high-performance Focus ST. Ford is currently rolling out EcoBoost engines globally. EcoBoost is available in Europe for Mondeo, Galaxy, S-MAX and C-MAX, for example, and has just launched in Australia in Mondeo.

EcoBoost engines are fundamental to the Ford strategy of providing technologically advanced, high-output, smaller-displacement powertrains that deliver exceptional fuel economy and uncompromised performance for millions of drivers around the world. By 2013, Ford plans to produce up to 1.5 million EcoBoost engines globally in a wide variety of vehicles from small cars to trucks.

Flex expands reach with EcoBoost
The stylish Ford Flex three-row utility vehicle has generated a similar yet more pronounced effect. After just two years on the market, Flex with EcoBoost is bringing new customers to the Ford brand at a market-leading rate of 65 percent.

Flex with EcoBoost is a unique offering in the industry, combining seven-passenger capability, 355 horsepower, intelligent all-wheel drive, more than 83 cubic feet of cargo space behind the first row and up to 21 mpg on the highway – all in a distinctive design.

In the instances of both Flex with EcoBoost and Taurus SHO, Ford is seeing many 35- to 55-year-old male customers with disproportionately higher incomes, a demographic profile that has not actively shopped the Ford showroom for some time.

Taurus adds second EcoBoost engine
The new 2013 Taurus – recently revealed at the New York International Auto Show – will offer the next level in EcoBoost fuel efficiency. This full-size sedan will be available with an advanced 2.0-liter EcoBoost four-cylinder engine expected to deliver best-in-class highway fuel efficiency of at least 31 mpg. Responsive performance is assured, as gasoline direct injection and a turbocharger enable this engine to deliver a projected 237 horsepower across a broad rpm range.

The 3.5-liter EcoBoost V6 powering Taurus SHO generates 365 horsepower at 5,500 rpm and produces peak torque of 350 lb.-ft. across a wide plateau, from 1,500 to 5,250 rpm. This results in a smooth stream of responsive power at any speed. Mated to a six-speed SelectShift Automatic™ transmission and intelligent torque-sensing all-wheel drive, the high-performance SHO delivers an EPA-rated 17 mpg in the city and 25 mpg on the highway.

The Taurus SHO now enjoys the highest conquest rate in its segment – currently running above 57 percent after two years on sale. This means Taurus SHO with EcoBoost power has drawn new and different customers to the Ford showroom.

Gasoline direct injection
A key contributor to EcoBoost fuel efficiency is direct injection of gasoline. This system precisely delivers a fine mist of fuel directly into each cylinder for optimal performance, economy and emissions. Unlike port-fuel-injection (PFI) engines that spray fuel in the intake system, the direct-injection system puts the fuel exactly where it needs to be for combustion.

A high-pressure injector is positioned to the side of each cylinder, aiming the fuel directly into the cylinder adjacent to a high-intensity spark plug and alongside the intake and exhaust valves. Fuel is sprayed into the cylinders at pressures of up to 2,150 pounds per square inch (psi), which is about 35 times more intense than PFI injection.

A powerful choice
Ford EcoBoost engines made their North American debut with the completely reinvented 2010 Ford Taurus SHO. Turbocharged EcoBoost power was the linchpin in the reincarnation of this iconic sport sedan.
EcoBoost is fundamental to Ford’s objective to provide the horsepower and torque of larger, normally aspirated engines while delivering the uncompromised fuel efficiency of a smaller engine. Key elements to enable this balance of responsive power and fuel economy include gasoline direct injection and turbocharging. EcoBoost is a key pillar of Ford’s plan to deliver affordable fuel economy for millions of drivers, while providing an engaging and responsive dynamic driving experience.
Posted by Terry Minion at 12:05 AM 1 comment:

We're Proud To Be Associated With The National Ford Truck Club

Our purpose is fulfilled by providing an opportunity and atmosphere for Northern California Ford Dealers to network with like-minded dealers, grow new or expand old friendships, have some good old fashioned fun together, learn a few things that help us in our business, and create partnerships for greater success.